Motown arrived at Sutton Coldfield Town Hall last night in the shape of “In The Name Of Love – The Diana Ross Story” The first half of the show concentrated on the history and hits of the Supremes with the young Diana Ross being played by Cherie Jade who had all the mannerisms and moves of Diana down to perfection. It was truly like stepping back in time to an early Supremes concert. After the short interval we were treated to what can only be described as A Diana Ross concert. Tameka Jackson who plays Diana in the second half not only sounds like her but looks like her, along with her interaction with the audience within minutes the front of the stage was packed with people dancing and singing along including yours truly whilst trying to capture the atmosphere on camera This is truly a magnificent show and I urge anybody who loves Motown, The Supremes and Diana to get a ticket and go see the show.

2 thoughts on “In The Name Of Love”

Northern Live – Do I Love You 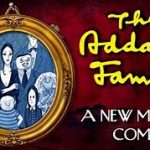