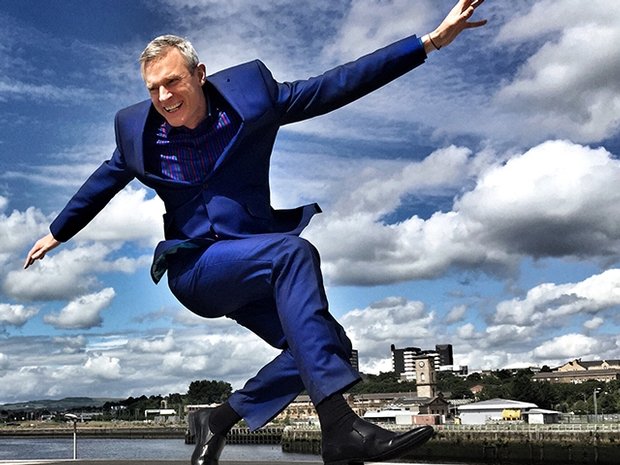 WHAT the hell is going on? That’s what Jeremy Vine will be asking when his show comes to Sutton Coldfield for the first time next month.

Having been shot at in Croatia and having chewing gum placed on his chair in Zimbabwe (by one of Robert Mugabe’s supporters), Jeremy says he increasingly finds himself asking: “What the hell is going on?”

He explains that in a world where it is easy for information and misinformation to become muddled due to the sheer volume, people are becoming more reliant on anecdotes to tell a story.

The show will therefore see the popular broadcaster explore some of the 25,000 questions his daily BBC Radio 2 show the Jeremy Vine Show has received from listeners.

“It will also celebrate the joys of radio,” Jeremy added.

While Jeremy is a familiar face among millions on our television screens presenting the likes of Eggheads, Newsnight and Panorama – he is nervous about performing in front of an audience.

He said: “On the radio there might be millions but in a theatre it is much more personal. I like meeting the audience. They can ask questions and ask questions about anything.

“This is my first time out and about. I wanted to do some live performances in theatres. I am excited and nervous.”

A tour spokesman said: “Get ready to laugh and cry as Jeremy tries to make sense of a world that increasingly makes no sense at all — where, as he puts it, “my listeners have better stories than I do.”

Jeremy Vine – What The Hell Is Going On?! is at Royal Sutton Coldfield Town Hall on Friday, March 20th at 7.00pm. There will also be a pre-talk book signing in the Sir Doug Ellis Lounge Bar from 6PM. Tickets £17.00. Call 0121 296 9543 (Mon-Fri,10AM-4PM) or visit www.suttoncoldfieldtownhall.com/jeremy-vine-what-the-hell-talk-tour/